By Sophie Trist DFLA is deeply disappointed that the Department of Justice has dropped a lawsuit against the University of Vermont Medical Center, filed on behalf of a nurse who was forced to participate in an abortion despite moral objections.  The DOJ has essentially decided that conscience protections do not apply to pro-life Americans, who make up nearly 50% of the electorate. No one should ever be forced to participate in a medical procedure that they see as the violent killing of a fellow human being. This failure to protect the rights of pro-life Americans amounts to a betrayal of the fundamental democratic values of freedom, civil rights, and the longstanding protection of conscience... 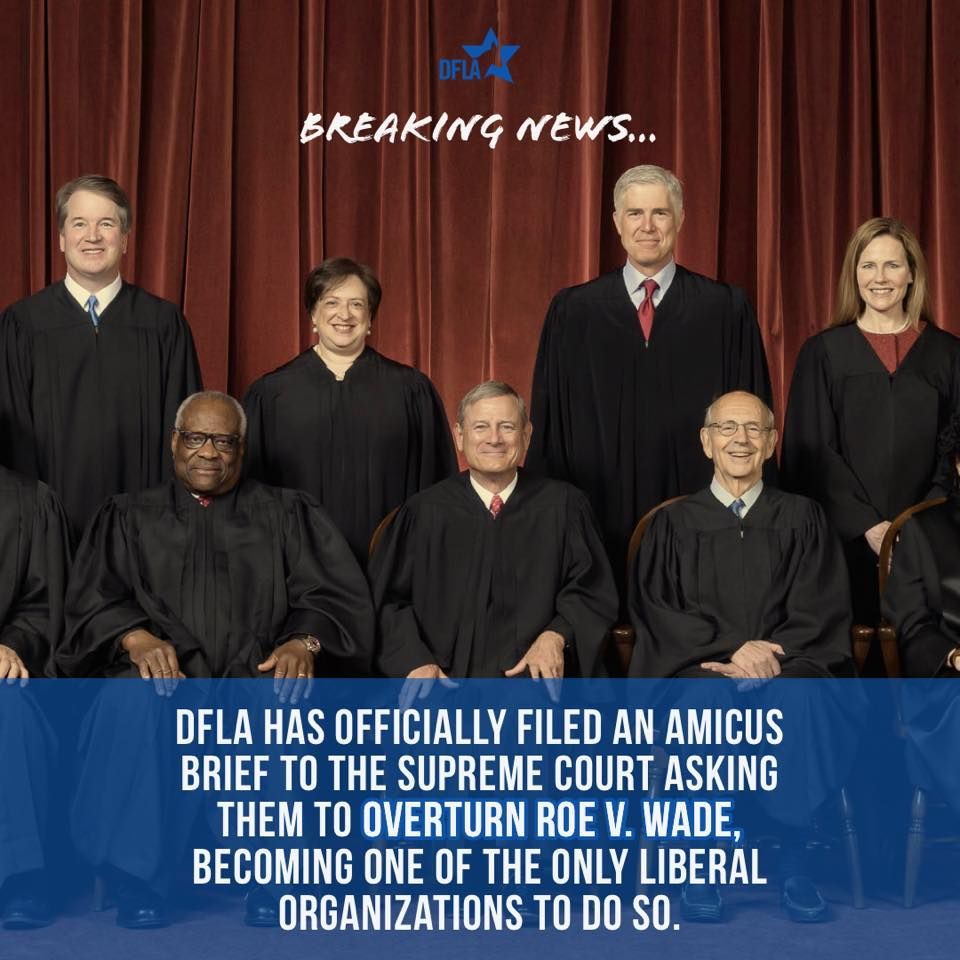 Washington D.C. -- Democrats For Life of America (DFLA) filed an amicus curiae brief today to support the State of Mississippi's challenge to the United States Court of Appeals Fifth Circuits stay on the Gestational Age Act.   The legal brief was filed in the U.S. Supreme Court in Dobbs v. Jackson Women’s Health Organization. DFLA argued that the Court’s fetal viability standard in both Roe v. Wade and Planned Parenthood of Southeastern Pennsylvania v. Casey has prevented necessary debate for the various ways states, and society in general, can and should create policies and laws to support mothers and children.    “The Mississippi...

STATEMENT ON THE HYDE AMENDMENT

STATEMENT ON THE HYDE AMENDMENT By Kristen Day, Executive Director, Democrats For Life of America   Today, the House passed the first spending bill in 45 years that does not include the Hyde Amendment, one of the most critical pro-life protections that America has on the books. We are deeply disappointed and disturbed that House Democrats removed this bipartisan provision that has protected preborn human life for decades. Democrats are out of touch with mainstream Americans who overwhelmingly object to funding abortion.  For a party that champions minority communities, repealing Hyde is the epitome of hypocrisy as minorities are overrepresented in abortion numbers. Over fifty...

DEMOCRATS FOR LIFE OF AMERICAN DEMANDS  FLOOR VOTE ON HYDE AMENDMENT Those who support abortion funding should go on the record   Washington, D.C. Democrats For Life of America Executive Director Kristen Day was at the Capitol yesterday to meet with elected officials and get a pulse on what is happening with the Hyde Amendment. One of the rumors that is swirling around the Hill is that Democratic Party leadership will NOT allow an Amendment to restore a longstanding ban on taxpayer funding of abortion.   “If abortion-rights Democrats want abortion funding, they should not hide behind procedural gamesmenship, allow a vote, and go on the record of support for taxpayer funding...

Statement on Advance of HHS Funding without Hyde Amendment

Democrats for Life of America is disappointed that yesterday, a small group of abortion extremists in our party, namely a congressional subcommittee, voted to advance a spending bill for the Department of Health and Human Services which did not contain the Hyde Amendment. 60% of Americans, including a plurality of Democratic voters, do not want their tax dollars funding the killing of preborn children. We call on both our courageous pro-life Democratic officials and our supporters to speak up and ensure that the Hyde Amendment is included in the final version of the HHS budget. Speak up for the two million unique, irreplaceable lives saved by Hyde, and the millions we stand to lose...